The calendar may have flipped to the new year, which means most tax tricks, tips, and deductions have closed the book on last year’s taxes, but that isn’t the case for your IRAs. Individual Retirement Accounts are unique in that they give you up until when you file your taxes on or before the April 16th tax deadline. That means you have a full three and a half extra months in the new year to catch up on an entire year of Roth IRA or Traditional IRA contributions if you choose to.

This is good news for many people because it’s easy to forget to miss a contribution during the year and the first instinct is to expect that once the calendar year is up you’re out of luck. There also may be situations where the new year means a new job, a pay raise, or bonus that could be applied to a contribution and catch up on what you missed out on. Whatever the situation, you have over three months to do something good for your retirement nest egg, and if you contribute to a Traditional IRA, lower your tax burden. 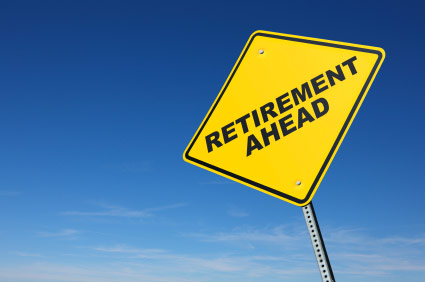 Get a Late Tax Break

As mentioned above, if you have a Traditional IRA account those contributions generally count as a tax deduction. If you’re like me and typically get your taxes done early you’ll be able to see your possible tax liability before you officially file, and before the deadline. If you notice you’ll be on the hook for a few hundred, or even a few thousand dollars you can use the time before filing to make a Traditional IRA contribution to offset part or all of that liability. That is of course assuming you haven’t already maxed out your IRA for the tax year. But consider this: if you’re at the 25 percent tax rate and haven’t contributed anything to your Traditional IRA yet, a quick $5,000 contribution before April 15th (April 16th in 2012) you’re basically cutting $1,250 from your tax burden. Of course the tax break is nice, but you’re doing something even more important by putting more money aside for retirement and giving it more time to grow.

Spread Out the Contributions

Say you’ve found yourself in the new year and want to make up the IRA contributions you missed, but you don’t have a large chunk of cash available to do so. Don’t worry. Nothing says you have to make that prior contribution all at once. In most years you’ll have around 15 weeks from January 1st through the tax deadline. So think about it in small chunks. If you want to max out the IRA contributions you have 15 weeks in the new year to contribute $5,000. That means you could achieve that by just contributing $333 per week until the deadline. If you did make some contributions last year and just want to put in enough to reach the limit, just take what you have left to contribute and divide it by the number of weeks left before the tax deadline. Then you can make small weekly contributions or double the weekly amount and set up direct deposit or create an automatic contribution that coincides with your bi-weekly paycheck.

Whatever you do, don’t stop making those contributions once the tax deadline passes. Now is the time to adjust your weekly, bi-weekly, or monthly contributions so that you can max out your current year’s contributions. It’s a lot easier to contribute slowly throughout the year than play catch up every January through April. After the April tax deadline you’ll generally have 37 weeks, give or take a week, to make current year IRA contributions. So, take $5,000 and divide it by 37 and now you only have to contribute $135 per week to hit the maximum limit, or $270 every two weeks if you’d rather contribute directly from each paycheck. This is obviously far more manageable than trying to cram it all into a few short months. And here’s the best part. Once you do this and make your maximum contribution within the calendar year you can start fresh next year and have a full 52 weeks to spread the contributions out across. That is less than $100 a week, or less than $200 from each bi-weekly paycheck. Suddenly, saving for retirement has never seemed to easy.

If you’re looking for a good cheap place to get started with your IRA I’d recommend TradeKing, be sure to check out my TradeKing review HERE. Accounts at either of these providers allow you to invest in stocks, bonds, mutual funds, index funds, ETFs, and almost anything else. And commissions are about as cheap as they get in the business. And remember, you’re never stuck with a single company. You’re always free to do an IRA rollover or transfer the funds to any other brokerage or fund company in the future. The most important thing is to get an account open and put that money to work before the deadline passes.

Do you want to be a millionaire? Would you like to see how I became a millionaire before I turned 30? Hello and welcome to Gen X Finance. My name is KC. Between saving and investing I was able to accumulate a net worth of over a million dollars before I turned 30. My Story I graduated from college early in 2000 with a bachelors in … END_OF_DOCUMENT_TOKEN_TO_BE_REPLACED

More in Retirement (7 of 19 articles)

5 Reasons to Not Be Borrowing From Your 401k
You won't believe what I've been hearing at work lately.  Fellow employees are borrowing from their 401k accounts. Why do people take out loans against ...