Parents want children to be financially independent when they turn into adults. Children want it as well, associating adulthood with financial independence. âI [began to think of myself as an adult] maybe when I was like 20,â said one young woman. âAnd really, like, got out of my parentsâ house and started, like, living, I mean working to pay the bills.â Another young woman said â [I began to think of myself as an adult] Um, probably at 21 . . . I finished school. Finally working. Taking care of myself. And no longer dependent on my parents.â

Yet financial independence is not easy to reach. Large proportions of Americans middle-class and upper-class sons and daughters receive financial assistance from their parents well into their 30s. Financial contributions from parents to children between the ages of 18 and 34 average $2,200 per year and many young adults receive financial support even when they are employed. Alison Riccardi had $50,000 in loan debt when she graduated from college but found no more than a part-time job. Her parents pay $1,300 each month for a Manhattan apartment she shares with her fiancÃ©. âI am really lucky to have their support,â saidÂ Alison. âI know friends that parents cut them off when they graduate and they flounder really hard for a while.â 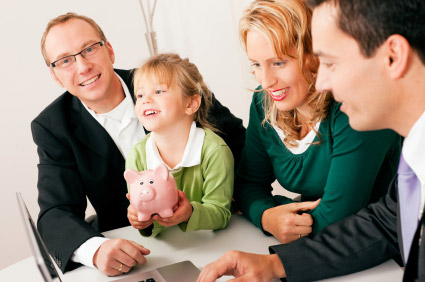 Children expect parents to invest in them and parents expect returns on their investments when children turn into adults, but the nature of these returns vary across countries and cultures, and they vary among families within one country and culture. Can parents expect more than the expressive and emotional benefits of the pride they take in their children and the affection of their grandchildren? Can parents expect utilitarian benefits from their adult children, including financial support and personal care in old age?

One woman joined a Web discussion about cultural differences between Asian-American and European-American families. âMy boyfriendâs parents are Asian and Iâm white American. Last week we were discussing how much money he should give to his parents when he visits them next month. This week, my parents were visiting and gave me an unexpected (and unnecessary) financial gift. I would never think of giving my parents money unless they needed it. He would never think of accepting money from his parents unless he needed it. It struck me as ironic and as a good illustration of the cultural differences concerning parentâ’child relationships and financial support.â

But another woman wrote: âI am a white American but some of these . . . comments boggle my mind. My mom supported me through college even though it ate into her retirement savings. This means I owe her. Period.â

A man from Israel wrote: âI grew up in Israel where itâs quite common and expected that older parents will come live with their children after a certain age. Theyâre not seen as a burden but as a welcome addition to the household. The parents help with household activities and help take care of children and grandkids.â

And a man from Asia wrote: âCultures and circumstances always mold a personâs thinking. Without going into debt, it would be fine to give back to parents regardless of your background really. Even in the US now the âsandwichedâ generation has to deal with supporting two generations at once.â

Indeed, many in the United States belong to the sandwiched generation, caught between caring for parents and for their own children. Elizabeth

Rodriguez, a 58-year-old woman, left her job, sold her house, and depleted her savings to care for her 97-year-old father. The costs are mounting: âA shower chair, body cream with no alcohol, new shoes . . . You donât stop and calculate. You just buy what you have to buy.â Sometimes children are the only defense elderly parents have against scammers who exploit their loneliness and impaired thinking to steal their savings. Yet children are caught between the urge to protect their parents, turning into the parents of their parents, and the wish to let parents maintain the dignity of their independence.

This is a guest post by Meir Statman, the Glenn Kilmek professor of finance at the Leavey School of Business, Santa Clara University, and visiting professor at Tilburg University in the Netherlands. His research on behavioral finance has been supported by the National Science Foundation, CFA Institute, and Investment Management Consultants Association (IMCA). Meir is a member of the Editorial Board of the Financial Analysts Journal, the Advisory Board of the Journal of Portfolio Management, the Journal of Wealth Management and the Journal of Investment Consulting, an Associate Editor of the Journal of Financial Research, the Journal of Behavioral Finance, and the Journal of Investment Management and a recipient of a Batterymarch Fellowship, a William F. Sharpe Best Paper Award, a Bernstein Fabozzi/Jacobs Levy Outstanding Article Award, a Davis Ethics Award, a Moskowitz Prize for best paper on socially responsible investing, two Baker IMCA Awards, and three Graham and Dodd AwardsÂ Meir is the author of a new book titled What Investors Really Want: Know What Drives Investor Behavior and Make Better Financial Decisions.

I like the ideas that other cultures have with money and family. In Brazil, I noticed how the children took much better care of their aging parents. The finances were divided among who needed what and when. There was much more of a feeling of love because of the mutual willingness to share resources. I think that Americans could develop a better child to parent relationship where finances are involved to avoid complicated legal issues.

Do you want to be a millionaire? Would you like to see how I became a millionaire before I turned 30? Hello and welcome to Gen X Finance. My name is KC. Between saving and investing I was able to accumulate a net worth of over a million dollars before I turned 30. My Story I graduated from college early in 2000 with a bachelors in … END_OF_DOCUMENT_TOKEN_TO_BE_REPLACED

The Cash Flow Statement: Where Your Income Meets Your Outgo
Welcome to the final act in our financial statement trilogy, spanning multiple blogs and reaching its thrilling conclusion here on Generation X Finance. Money Under ...