Owning a vehicle costs a lot of money. There’s no way around that. And if you rely on a vehicle to get you to and from work, you really have no choice but to own and then maintain a car that’s reliable. So, as your car begins to age and require frequent maintenance you’re left with a choice: keep on repairing it or replace it.

The lifetime of a car depends on many factors. If you maintain the car regularly and don’t drive aggressively, most parts won’t wear as quickly and give you more for your money. Keeping up on oil changes, replacing the belts and air filter, checking the transmission fluid and getting lube can extend the life of a car. A lot of this maintenance goes undone. Honestly, when was the last time you flushed your radiator or transmission? This stuff always seems like just an added expense, but if you wait until something breaks down it’s too late. 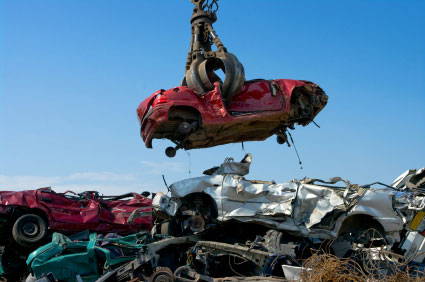 Auto Repairs Are a Fact of Life

Almost nothing on your car will last forever. Some things obviously last longer than others, but if you keep your car long enough you will find things to repair or replace that you didn’t even know existed. The good news is that you have a lot of control over how your car wears, and how quickly you’ll be forking over money for repair bills.

Everyone has heard stories about cars that go for close to one million miles with only minor repairs or replacements. Some have had vehicles last up to fifteen years. While the make and model of the car can have a lot to do with it, the affection the owner feels for the car plays a big role. If you take care of the car as if it were a child and it will go until the bitter end. But if you treat your car like just another hunk of metal to get you from point A to point B, you may find that it isn’t as reliable as it should be.

Should You Repair the Car or Replace It?

Most experts will tell you that when it begins to cost more to maintain the vehicle than it’s actually worth it’s time to sell it and get a new car. One reason is that as cars age the repairs tend to get bigger and more expensive. Instead of spending a hundred dollars here and there fixing little things you may find that over the years you’re beginning to look at things like rebuilding a transmission or major engine work, and now you’re talking thousands of dollars. If your car is only worth a few thousand dollars after driving it for ten years is it really worth to put more money into the car to fix it up than it’s even worth? Some may argue it is, and that it’s still cheaper than going out and buying another vehicle, but there’s more to it than just that.

You have to look at the possible future repairs as well. Sure, sinking another $1,500 into the car to keep it running may very well keep you on the road, but what else is wearing out and what other repairs are looming? You know your car best so you’ll probably have a good idea. If not, have a mechanic look it over. They can likely spot potential problem areas and tell you how serious they are. If you have a bunch of old parts that are getting ready to fail or need fixing it may be time to just cut the strings and let the car go while you can, get some decent money for it and then buy something else.

I know we’re all conscious about money, but when it comes to safety, money should be the least of your concerns. The technology in vehicles moves quickly and cars become safer with every new model. So, yes, you may be saving money by hanging on to that 15 year old car, but are you doing so at a cost of safety?

Not only do old and worn out parts work less effectively, but a sudden breakage while you’re on the road can mean the difference between life and death. I had to deal with a situation like this a number of years ago, and I certainly wouldn’t want it to happen again, especially now that I usually have two kids in the car. Back when I had my Jeep I remember driving home from work one night. While cruising down the freeway at about 70 mph there was a loud bang, I began to lose control of the vehicle, and nearly flipped. Talk about needing a change of underwear! Sure, I was saving money by hanging on to this older vehicle, but one snapped driveshaft on the freeway could have meant game over.

Not only that, but car manufacturers have built into today’s cars so many safety features in addition to great gas mileage capabilities that it would behoove the owner of an old car to take advantage of these wonderful things. Better airbags, side airbags, better braking and handling, and a number of other features your old car may be lacking. But if it’s time to buy something else, make sure you only buy what you can reasonably afford because cars make people poor.

So, Repair or Replace?

I know I didn’t exactly answer the original question, but that’s because there’s no hard and fast rule. Obviously, it doesn’t make sense to replace a car at the first sight of repairs, but at the same time you have to look at the long-term costs associated with continued repairs. Then, when you factor in things like safety and improved gas mileage you’ll probably be able to identify when the time is right to let go and finally replace the vehicle. Either way, whether you’re looking to buy or make some repairs, it’s a good idea to start saving money.

My old truck is about to kick the can and I am in the situation described. I think I have the ability to fix it up if I dedicated my time to it. However, being the holiday season I don't think that I will be able to make it out there. I may just buy the parts and hire a professional to install and repair them.

The simplest tip here is just to save money because car repairs are unpredictable. I know that my family has spent so much money on car repairs in the last few years. Overall, it is much easier to repair a car than it is to replace it all together. There are advantages to being familiar with your own car and knowing what repairs it needs.

If the vehicle is old and you are spending thousands of dollars for repairs, you need to let it go. IF you can't afford to buy a new on yet, take a look at your loan options.

I agree with Bernz here. It all depends on the condition of your car and if it's still serving you it's purpose. If it’s becoming more and more of a nuisance, go ahead and buy a new one.

I am currently in this deciding mode. I have a 2000 Honda Accord past 185K miles and has its share of problems. Now I'm close to deciding on a new/used vehicle.

I'm thinking of buying a rare 2001 Subaru Impreza RS for about $5500 or get a 2011 Impreza WRX. The thing is I still love the older Impreza body style. Because I love the older one that much I'm willing to dump a few thousand (or more) to get it running like new. If I get a 2011 WRX, well I'll just be broke every month just trying to pay for it.

Is the large amount of love for an older vehicle worth it in the end?

A new car will cost you a minimim of around $4k a year in car payments, if your current used car costs you even a $1k in repairs then you are better off keeping the used car.

Too many factors to consider here.. first is your budget, car's age, the car damage and of course the value of the car.

Do you want to be a millionaire? Would you like to see how I became a millionaire before I turned 30? Hello and welcome to Gen X Finance. My name is KC. Between saving and investing I was able to accumulate a net worth of over a million dollars before I turned 30. My Story I graduated from college early in 2000 with a bachelors in … END_OF_DOCUMENT_TOKEN_TO_BE_REPLACED

When Talk Is Cheap: Ways to Save Money On Your Phone Bill
Overpriced data packages and pay-by-the-minute cell phone service can cost the average family a pretty penny.  In fact, the Utility Consumers' Action Network, a San ...