By the time those currently in their 40s retire and begin to qualify for Medicare, the government-run insurance program is going to be over 6 percent of the Gross Domestic Product. That means for every dollar the United States economy earns, a little more than six cents goes toward Medicare. Social Security looks to be headed for a similar price tag around the same time. It’s a conceivable pittance, but with a federal government about to go broke, health insurance laws still up in the air despite massive reform, and the outlook on long-term economic growth looking bad, those who expect to be retiring before 2050 should be a bit concerned about the fate of entitlements they’re expecting to rely on. 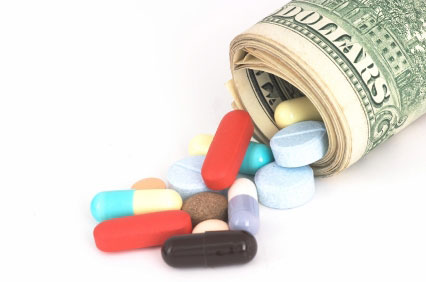 The Worrisome Role of Retirement Planning

Baby-boomers and previous generations, up to the 2008 global financial crisis, have been able to reassure their worries caused by projected strains on Medicare and Social Security by taking steps towards wise retirement investments. 401(k)s were the most popular option and still are. These and other defined contribution plans allow employees some investment freedoms with retirement funds they deposit themselves and maybe a matching employer addition depending on the particular agreement. This enabled individuals to potentially accumulate retirement savings which could offset some entitlement program letdowns.

Then 401(k)s and other retirement investment plans lost an average of 1/3 of their total value in the wake of the financial crisis. It was a big slap in the face for those who sought to turn their retirement funds into huge investments that erase virtually all post-retirement worries. What was once a smart way to independently insure yourself against an entitlement crisis has turned into a method of retirement planning that has garnered a fair amount of skepticism. Less Americans are putting their money in 401(k)s than ever before. Even worse, in hard times people are tapping into their retirement plans via 401k loans.

The Reassuring Role of Medigap Plans

Medicare parts A and B are entitled to all Americans over the age of 65 and are prerequisites for attaining any further alphabetized Medicare supplement. These additional plans are called Medigap plans, and are designed to meet the individual requirements of seniors who wish to pay for extra services and insurances not guaranteed by Medicare. Originally C through L, these additional offerings have since been tweaked, removing plans E, H, I, and J and adding M and N to the mix. These added benefits vary from the incredibly popular D, which helps subsidize prescription drug costs, to K, which is geared toward helping pay for hospice care.

Medigap plans are offered through private insurers. When combined with the varying state laws, authoritative bodies regulating senior living, and Medicare assistance, it can get confusing for the typical senior. Despite being embraced by 18 percent of Medicare recipients, Medigap plans are far from perfect and even farther from being perfectly understood. That’s why these plans must be understood today by the healthy minds of those who will possibly be deciding which one or ones to choose from tomorrow.

When it comes time to start slashing Medicare and Social Security spending, the first things to get considered will be the entitlements that apply to everyone. That’s why Medigap assistance might be a real life saver for those up-to-bat when the time comes. That could be never, or it could happen tomorrow. Regardless, you don’t want to be frail in your thinking when the time comes to pick the right plan. What people don’t realize is that Medicare doesn’t cover as many medical costs as they would expect. Medigap policies should be a retirement cost that’s planned on right from the beginning.

Those still a decade or more away from their retirement ought to stay up-to-date on the ongoing adjustments to Medicare. They should be ready to go with the right Medigap program when the day arrives for them to do so. They must know how to safeguard themselves against diminishing sources to fund their hard-earned entitlements, because in today’s world of crashed markets, unemployed hordes, and uncertain futures there are limited chances for those retiring to count on anybody but themselves.

Sure, our generation may still be many years away from needing Medicare or to even think about Medigap plans, but we also have aging parents who are faced with these decisions today. You can help them make the right decision by staying abreast of the ongoing changes. Then when the time comes for your own Medicare decisions you will be familiar with the process and can help ensure you’re doing the right thing for your own retirement.

Do you want to be a millionaire? Would you like to see how I became a millionaire before I turned 30? Hello and welcome to Gen X Finance. My name is KC. Between saving and investing I was able to accumulate a net worth of over a million dollars before I turned 30. My Story I graduated from college early in 2000 with a bachelors in … END_OF_DOCUMENT_TOKEN_TO_BE_REPLACED

How to Negotiate Your Medical Bills
According to a study conducted by The American Journal of Medicine, around 60% of personal bankruptcies are caused by overwhelming medical bills. The fact is, ...