8 Ways to Save Money on Your Cell Phone Bill

8 Ways to Save Money on Your Cell Phone Bill

In this day and age it’s almost impossible to find someone who doesn’t have a cell phone in their pocket. When you think about it, cell phones have come a long way in a relatively short amount of time. Just ten years ago you were considered cutting edge if your phone had more than a green LED screen. Fifteen years ago many people were still toting around actual car phones that came in a bag to lug around. Today, phones are hardly bigger than a credit card and can do more than our personal computers could just a decade ago.

But this luxury comes at a price. Who hasn’t opened their phone bill only to get a jaw-dropping surprise? Hidden fees, changing plans, text messaging overage, mobile web, Blackberry plans, early termination fees, insurance, and so on. There are dozens of little fees that will sneak onto your bill and really put a dent in your budget. Even though most of us need our phones, there are ways to trim your mobile phone budget. 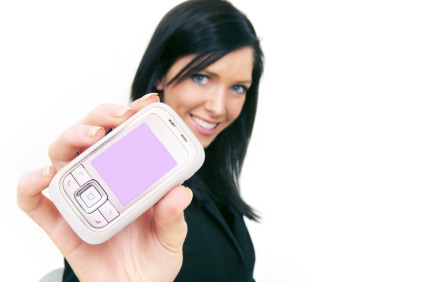 Cut Down Text, Cut Down Cost

One of the hottest trends across the globe is the use of text messaging, and it is still on the rise. Teenagers and young adults will text many more times than make a phone call. 77% of all teenagers text message, 88% of mobile phone owners, with 1-in-3 teens sending an average of 3000 texts per month. Texting is easy, but it can be costly.

Try to find a service that offers exclusive deals for text messaging, such as incoming texts that are free of charge, or one that has an unlimited text plan that only costs you a monthly, flat rate. Also, because teenagers are the big texters, some parents have begun to issue a “pay for your own texts” rule. If the kids want to text, the money can come from their own pocket. You’ll be amazed at how fast they cut down on texting when they have to pay for them.

You may also want to consider using instant messaging applications on your phone to help cut down on texts. Most smart phones will allow you to install AOL Instant Messenger, Google Talk, Skype, and other major messaging clients. If you have friends that you regularly talk to that are online it can be just as easy to send a quick message via IM.

Find the Phone that Fits

What do you need out of a phone? I said need, not want. Everyone wants the latest Android or iPhone, but if you literally only keep a phone on you for the occasional call, you are likely throwing thousands of dollars away on something that does much more than you actually need. I know it’s blasphemy to even consider giving up a smart phone, but if you’re trying to tackle debt and go beyond living paycheck to paycheck this is one of the easiest ways to save big.

There are phones out there that are sleek and stylish, although not as up to date, but come at a much lower price. In fact, there are quality phones that are free when you sign up for a call plan. They may not be the latest technological marvel, but oftentimes include a camera, video, text, and Bluetooth capabilities. These are quality phones may lack the huge touch screen and some apps, but still do all the necessities and literally save you hundreds of dollars a year.

With all of the amazing features that most phones have, one of the least important aspect for many people is how many minutes you get with the plan. Don’t overlook it, because if you are paying for a 1,000 minute plan but only use about 600 each month see if there’s a 750 or 800 plan you can downgrade to. It could be as simple as that and save ten bucks a month. And don’t skimp on the minutes just trying to save a few dollars if you have a tendency to talk a lot. Going over your allotment of minutes can be far more costly than bumping up to the next plan.

If you are paying minute by minute, try finding a plan that offers free nights and weekends. To some services, night begins at 9:00, while to others it may be earlier, so make sure you know when the free talk time kicks in and take advantage of it when you can. Most providers also allow free calls to others on the same network so if you aren’t in love with a particular network you may want to see what most people you talk to the most are using and think about switching. It obviously doesn’t make sense to switch if doing so will give you poorer service or a higher monthly fee, but all things being equal it could provide a savings.

If you have a smart phone there’s no need to call 4-1-1 or information to get a phone number or address on the go. A quick call to information can cost you over a dollar. It’s probably just a habit, but the same information is right at your fingertips now. I mean, that’s why you bought an iPhone, right? I know you didn’t buy it just to check Facebook and Twitter 24/7.

Get an Employee Discount

Even if you aren’t aware of an employee discount, you need to ask. Your employer may not make it obvious so just give your current provider a call and inquire about it. Employee discounts often range anywhere from about 10-35% off and all you have to do is ask!

I never realized it, but my wife got a 20% discount at Verizon with her employer. Being a small employer it never even occurred to me that there might be a discount, but after letting a few years pass and paying full price we heard from someone that there was a discount. Suddenly our bill got 20% cheaper.

Even if your employer doesn’t have a discount with your current provider they may run their discount through another, so be sure to check out all the options. You might have to switch carriers to get the discount, but it might be worth it if you can save 35% each month.

Cut Back on Paid Apps

The ability to download an app for almost anything is great. Even better, most apps are usually just $0.99 to a few dollars. Individually they are inexpensive, but if you’re downloading a handful of apps each month it’s costly. If you buy three apps a month at $1.99 that’s an extra $6. Do that all year and you are spending $72, or enough to pay for a full month’s bill, just on apps you may not even use that often.

I know I’m guilty of this one myself. I have a number of apps on my phone that I bought because they looked neat and I knew that at a dollar or two they were cheap. Most of them are now just sitting on the phone taking up space and may never get used again.

So, before you hit the buy button take a moment to think about how important the app really is. Even better, look to see if a free trial version is offered first. Either way, it may not seem like you’re spending a lot, but over time it does add up.

Ask for a Better Price

Seriously. Call up your carrier and ask about promotions, new plans, or other things that could make your bill cheaper. Cell phone plans seem to change with the phase of the moon, so the great plan you got a year ago may already be obsolete and has been replaced by something new. A lot of times your carrier won’t automatically move you into their new comparable plan and you’re simply grandfathered in with your old plan. So, by switching you may get a few extra minutes or features at the same price you were paying before.

If you’re currently near the end of your contract don’t be afraid to give them a call and let them know you are shopping around. They want your business and if it’s possible you’ll leave to another carrier you may be able to snag a good renewal contract, get a big discount on a phone, or have some features added to your plan for free.

It just takes a phone call and the worst they can say is no, so what’s to lose?