Are You Saving Too Much for Retirement?

Are You Saving Too Much for Retirement?

As a CRPC and having spent time in the retirement planning industry I have seen a lot of trends emerge. Most notable is the huge disparity between what people have actually saved for retirement versus what they need to have saved. Do you know what the 2013 maximum 401k contribution is?  This is nothing new, and if you turn to any financial news outlet you’ll see shocking statistics reporting just how little the average person has saved by the time they retire.

In a real practice dealing with real people, the results are even more shocking and really hit home. I’ve worked with people, affluent people such as doctors and lawyers who are nearing age 65 and are looking to retire. When we begin to dig into their investments and retirement plans it was typical to find out that these individuals earning sometimes upwards of $200,000 a year had as little as $50,000 saved up and expected to retire inside three years. On top of that, they still had mortgages, auto loans on luxury cars, and vacation homes, yet they said they couldn’t afford to max out their 401k.

And these are people you’d think would have it easy and built up a nice nest egg. When you work with the typical middle-class employee the situation wasn’t much better. The real problem is most of these people weren’t saving at all. The good news is that those who were saving typically put a larger percentage of their paycheck away than those who made far more money. 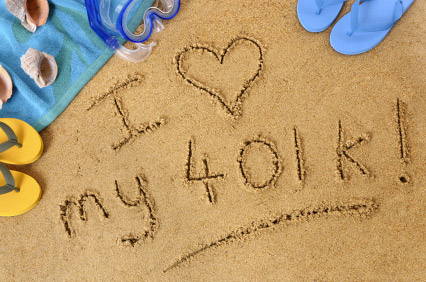 So, the evidence is out there, and for the majority of people they simply aren’t saving nearly enough. But, that hasn’t stopped one man from proclaiming we are actually saving too much for retirement. Too much, too little.

The Man Behind the Claim

Laurence Kotlikoff is an economics professor at Boston University and he claims that most Americans are saving too much money for retirement while sacrificing spending money today. This is a pretty bold statement that goes against most of what we’ve been taught. But this idea isn’t new. The first time I came across it was in a 2007 Registered Rep article. “The rules of thumb are the rules of dumb,” scoffs Laurence Kotlikoff. Kotlikoff is one of the leading members of what could be termed a school of retirement heretics who question much of the conventional retirement financial-wisdom, and even received truths about the retirement period itself.

It is All About Consumption

Kotlikoff argues that current financial planning doesn’t take into account consumption smoothing. That is, most savings plans revolve around a fixed amount that is put on autopilot and doesn’t change according to what is going on in people’s lives. With major life events such as weddings, college education, career changes, and so on, the amount you need to save will fluctuate and not remain constant.

I can agree with this, and just sticking to the rules of thumb that say you need to save X percent of your income or you need to have X amount of dollars by retirement are just that–rules of thumb. Sure, rules of thumb aren’t supposed to be perfect and exact for everyone, but people need to start somewhere. Especially those who may not have much of a financial background as it can be intimidating to even fathom what kind of numbers should be considered.

To quote Kotlikoff again: “You don’t want to be putting your savings on autopilot, because if you put your saving on autopilot it means that your consumption is going to be disrupted.” And to that I have to say, “so what?” Making retirement savings automatic is the number one thing most people should be doing. The average person isn’t in a position to constantly adjust their savings amount year to year based on every little detail that’s going on in their lives so the best course of action is to set it up and let it happen automatically. So what if consuming (spending money) is affected? I’d argue that it’s better if somebody isn’t blowing a little extra money on Starbucks or a new car and instead keep putting money aside for retirement, which is probably still far short of what needs to be saved anyway.

All that being said, there is a hint of truth to this, but I don’t think people saving too much is hardly the problem as he suggests. The key takeaway is that you need to strike a balance between spending money today and planning for the future. Clearly, you don’t want live a life of poverty for 40 years just so you can retire and finally enjoy the fruits of your labor. On the other hand, you don’t want to spend like there’s no tomorrow only to realize you’re going to retire in poverty.

The fact is, most people are not saving enough, and not saving too much as Kotlikoff suggests. Just because people are using rules of thumb as a starting point for retirement savings doesn’t mean they are saving too much. Most people get a late start when it comes to saving, so even using the rules of thumb it may mean too little too late. Either way, people need to save for retirement, and it’s true they also need to be sure to enjoy life today. But I can guarantee you, the typical person making $50,000 a year and who’s putting 10% of their paycheck away (a common rule of thumb) is not going to have enough put aside by the time they retire to have the retirement they want.

Is There a Motive for This?

You bet there is. Kotlikoff has developed software that will help investors and advisors “smooth out” their consumption so that they can take into account the changes in their lives to more appropriately plan for retirement. The software is called the Economic Security Planner. The software starts at $149.00 and goes as high as $750 for the financial planner version.

It is starting to make sense now. If you make an outrageous claim that goes against everything we’ve been taught, you’ll generate a lot of attention in the media. Then, if you have developed a product that can address the concerns you mention, you can stand to make a lot of money. You’ve just created your own market for your new product. While that’s excellent marketing, I’m not so sure it’s good economics.

My Problem With This

Clearly, Kotlikoff has impeccable credentials given his background and academic qualifications, so I’m certain that many of the ideas surrounding this claim are sound. I agree that the typical retirement advice that is dished out by investment companies and many advisors is too simplistic and cookie cutter to be of much use on an individual level. But the claim that many or even most Americans are saving too much, I don’t buy that.

Maybe in the wealthy tier of individuals that Kotlikoff deals with this is true. I can see how those who can afford to save a lot may be dumping a ton of money into retirement while foregoing consuming today, but I simply cannot believe this to be true with the vast majority of your typical working Americans.

If I had to guess, I’d say that 9 out of 10 people I work with are not saving enough for retirement, by a long shot, let alone saving too much. Only between 60-70% of all employees are saving money at all, and the majority of those are saving a couple percent their pay. Virtually nothing. I find it very hard to believe that these working families are sacrificing things in their life today because they are saving $200 a month for retirement.

I do think that the argument about how retirement planning is too general is very true, and this is certainly a wake up call for those who blindly follow these rules of thumb, but the notion that most people are saving too much is a bit much. You should carefully examine your savings and retirement needs before reducing your retirement savings contributions or dropping a few hundred dollars on his software. Instead, start by sitting down and spending some time carefully thinking about your own situation and find out how much you need to save for retirement.