Disasters happen. There’s simply no way around it, and most of the time there’s nothing we can do about them. And most disasters are extremely rare, so this makes for a devastating combination. But look no further than early 2011 and see that disasters can and do happen, and can affect millions of people. Some of the most notable examples are the earthquake and tsunami in Japan, the tornado outbreak in the southeast United States, and the massive flooding in the Midwest. Each of these scenarios have countless numbers of people.

You might think that because these are well-known environmental risks for the respective areas that most people were prepared, but sadly that usually isn’t the case. Sure, people in the Mississippi River valley know that flooding is always a danger, most areas are susceptible for strong storms and tornadoes, and that Japan has earthquakes. But mother nature is still unpredictable. At the very least we can use these devastating situations to learn and better prepare ourselves. 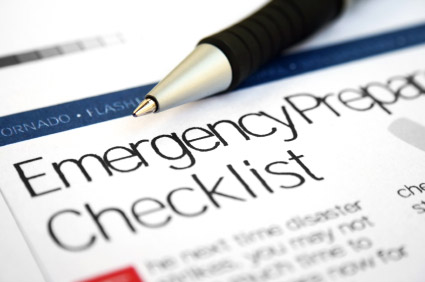 Protecting What You Have

Above all else you need to protect your assets. While it is true that things can be replaced, when you have so much tied into the things you own like your home, car, and all of your possessions, if something were to happen and those needed to be replaced you’d be in a pretty bad financial position if they weren’t covered. It may seem unthinkable if you own a home to not have property insurance, but for many people that is a reality. According to early estimates, about 25% of homeowners in Alabama do not carry property insurance. Many of these people just recently lost their homes to the storms and now have absolutely nothing.

As heartbreaking as that may be, it is pretty common. A big reason is that most people have the “it can’t happen to me” attitude. Statistically, the chances of your home being hit by a tornado, unexpected flood, or burned to the ground by a lightning strike are about as good as playing the lottery. So it’s easy to know that because the chance of something happening is rare you can save money by dropping coverage. You also have some situations where the money is a factor and those who are unemployed and facing a hardship may drop coverage out of necessity. Bad idea. The thing is, property insurance is incredibly inexpensive compared to what it protects. For just a few hundred dollars a year it can literally cover well over $100,000 in property. Not only that, most policies cover intangible things like providing money for temporary housing while you rebuild.  So, if you can find a way to scrape together enough money each month to keep your lights on, you should also make it a priority to come up with the money to stay insured.

Renters, you aren’t exempt. Sure, your landlord probably has the building insured, but guess what? None of your personal possessions are insured. Fry your HDTV and new Macbook thanks to a lightning strike? Too bad. Tornado carries everything you own away? You’re out of luck. Unless you have a renter’s policy your personal belongings are not insured even though the building may be. It’s up to you to seek out this insurance, and given how many electronics and gadgets we have these days the value of these possessions can be strikingly high. For literally $200-$250 a year you can make sure you’re stuff is insured.

If you already are insured it’s time to reexamine your coverage. Needs change over time, and the policy you purchased ten years ago may not be right for you today. Also, take a look at your exclusions. You’ll be surprised what isn’t covered if you read the fine print. It can be scary to see all the potential problems that leave you vulnerable. For example, do you have a basement? If so, there’s a good chance something could happen to flood it even if you aren’t living right next to a river. A heavy rain could lead to seepage in the foundation, the sump pump could burn out and if it can’t eject the water from the sump it could flood the basement. Or even a problem with your local sewer system could create a backup that enters the home. All of these common problems are generally not covered under a traditional homeowners policy, and may not even be part of an additional flood policy.

I found this out the hard way when we had a pump stop working and sewer water started to flood the finished basement. Of course, the house was only four years old so it was a “this won’t happen to me” moment. The problem is insurance didn’t cover that. After speaking with our agent we found we could add a rider to our policy that specifically covers sump pump failure, sewer backups, etc. for just 12 dollars a month. We now carry that coverage, but only after learning the hard way.

I also recently heard a story from someone who lost a bunch of electronics thanks to a single lightning strike. It fried expensive TVs, video game systems, audio visual equipment, destroyed wiring, you name it. Easily thousands of dollars worth of damage. So it wasn’t even a major natural disaster that caused tremendous damage. The good news is that his insurance policy covers that. The bad news is he wanted to save a little money on the premium so he opted for a high deductible. That deductible now cuts substantially into recovering the damages.

So, blow the dust off your old policies and make sure your coverage is what you think it is. Make sure you’re not only properly covered, but make sure your deductibles are what you think they are, inquire about any discounts, or even shop around if you feel you’re paying too much. A few minutes of your time can go a long way in helping you prepare for the unexpected and can save money.

Having the right insurance is obviously a big part of preparing for a disaster, but there are things you can do to help your financial situation in the time immediately following such an emergency. First, and this probably goes without saying, but you need to have an emergency fund. I know, you’ve heard it a million times before, but it gets repeated because having access to cash is invaluable in a time of need.

Not only do you want to have that emergency savings for the little unexpected emergencies like a broken appliance or repair, but in the event something significant does happen and you do have to rely on an insurance claim it can take time before the money starts flowing. Without having savings to tap into you may be at the mercy of the insurance company and receive money on their schedule. Or even worse, your only option may be to use credit cards and rack up debt while adding stress to an already stressful situation. With some savings put aside you can use that money to take care of your immediate needs following a disaster with ease.

One last thing to consider is that in a large scale disaster there will be major disruptions to infrastructure. Without electricity or telephone/internet access it may be impossible to rely on credit or debit cards to purchase the things you need after an emergency. In this scenario cash is king. But the other problem is that a lot of people these days operate on virtually a cashless basis. That’s fine when it is business as usual, but when your life gets turned upside down and you open your wallet and have nothing but a wad of plastic, that isn’t going to be very helpful. Sure, you don’t want to carry a huge wad of money around with you just in the rare event you might need it, but if you’re someone who relies almost entirely on credit or debit just try to keep a little cash on you, even if it’s only twenty bucks. Consider it your immediate emergency fund.