It should come as no surprise that the new year is a time of reflection and setting new goals for ourselves. Sometimes it’s a vow to be healthier, or maybe you will finally pay off that nagging credit card balance, but whatever it is we always seem to use January 1st as some sort of finish line for bad habits and starting line for change. Well, unless you’re talking about something that does rely on the calendar year such as taxes, there’s really no difference between today and January 1st. So, why wait?

Rather than waiting for the turn of the calendar you should sit down today and put a few things into motion immediately rather than waiting. This doesn’t mean you won’t stick to your guns and make any changes come January, but the longer you wait to do something, the better the chance of something else coming up and prolonging it even further. So, here are five things you can do today that will ensure a brighter new year. 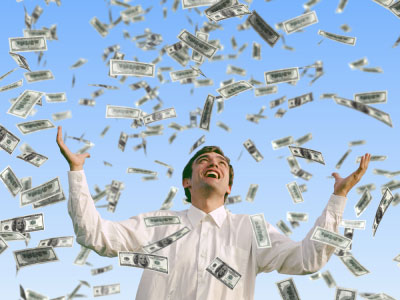 1. Get Those Charitable Contributions In

This is actually one of the items that does have a clock tied to the calendar. In order for your charitable contributions to qualify for this current tax year you’ll need to have them completed by December 31st. If you planned on making any cash donations, do it now. If you have boxes of old clothing to donate, load up the car and take them away next week.

It helps to do this early because first of all, you obviously would like to have that tax deduction count for this year’s taxes so you can see the benefit in a few months when it’s time to file your tax return. Second, the holidays are a busy time of year for most of us. Between vacation time, holiday parties, traveling to visit family, shopping, and everything else that goes into the holidays it leaves you with little time to take care of these loose ends such as charitable contributions. Why add even more stress to your hectic schedule by waiting until the few days after Christmas to get those donations made out. Start thinking about what you can donate today so you can check those items off your list. Your tax return will thank you, and you’ll have one less thing to worry about in a few weeks.

Here’s another one people love to wait until the new year for. Everybody has good intentions and says they are going to boost retirement contributions every year, but how often does that really happen? Usually the December credit card bills start to come in and show you how much you overspent on the holidays so you might put it off.  Instead of having excuses in a month to convince you to put it off, just make the change now and you probably won’t even notice it come January.

The biggest takeaway here is to just make a small increase if you’re unsure how much you can afford to save. A good rule of thumb is to increase it by one percent each year. If that doesn’t sound like a lot, you’re right. As an example: if you make $40,000 a year and are currently contributing 3% to your 401(k) that comes out to $1,200 a year or just $46 every bi-weekly paycheck. Bump it up to 4% this year and that means you’re now saving $62 each paycheck. That’s only $21 more, but in reality it’s even less since these are pre-tax contributions. Ultimately that one percent increase might result in a net pay decrease of only $17 or so per paycheck.

Don’t think that adds up? It won’t at first. Like all things when it comes to investing for the long-term, the benefit is hard to initially see. But if you make it a point to increase your contributions by just one percent each year, you won’t really feel the extra money coming out when you make the switch each year, but these extra dollars really add up over the course of a decade or two. Practicing the one percent habit could boost your retirement nest egg by well into the six-figures over time.

Don’t wait for the new year to make this change and contact your employer now and get that additional contribution in motion. Besides, it usually takes a pay cycle or two before kicking in so you may not see the money come out until the new year anyway.

For those of you who take part in an IRA of some sort and plan on maxing out your contributions anyway this is a good time to review your progress. If you’re still a little short you might consider making those contributions before the end of the year even if you don’t technically have to. Sure, you have until when you file your taxes on April 15th to make contributions, but why wait? That’s just less time your money is invested and working for you. In addition, if you can get those current year contributions in early that just gives you more time for next year’s contributions so you can space them out equally and contribute less money on a regular basis and still hit your maximum.

Already have your retirement accounts under control and still want a way to give your finances a boost and take a bite out of taxes? Consider making an additional mortgage payment before the end of the year. There are two ways you can typically make an extra mortgage payment. One, you can simply pay your regular January payment early which would still include mortgage interest and any other escrow or property tax payments (which can then be used as a tax deduction in the current year). Or you can simply make a principal only payment before the end of the year. While that wouldn’t give you a tax break, it does mean building equity faster and reducing the term of your mortgage.

Don’t have the money set aside to plunk down an extra payment? Here’s an even better idea: start making bi-weekly mortgage payments. This accomplishes the same thing as making an entire extra payment each year, but since you’re making smaller payments every two weeks instead of monthly you don’t even notice the money being missing.

Call your lender and see if they will allow you to set up bi-weekly payments. Watch out for special programs they claim to have which allow you to do this but require a hefty setup fee. If they don’t offer this ability, never fear. You can accomplish pretty much the same thing yourself. Say your mortgage payment is $1,200. That means if you wanted to make an extra payment a year you’d need to contribute an additional $1,200, but instead of waiting until the end of the year to come up with that money just divide that by 12 months and make a small principal deposit of that amount each month. In this example that would be just $100. In the end you’ve still made the equivalent of an extra mortgage payment this year, but you only had to pay an extra $100 each month. Make sure you check to be sure there isn’t a prepayment penalty, but in most cases you should have no issues with making an additional payment.

4. Get Back to Budgeting

Next to dieting, I think creating and sticking to a budget is one of the top new year resolutions many people make. A budget is one of those things we love to hate because we know more money is going out than should be and without taking a good hard look at expenses it can be difficult to curb that spending. So, what better time to start than when the calendar flips to a new year?

Try starting one today. It takes a little time and effort to really get into the habit of budgeting and expense tracking, so there’s no need to pile it on with the rest of your new year resolutions. Get a jump on it today so you can slowly get your process dialed in and kick off the new year without the stress of adding a brand new chore to your regular routine.

Don’t know how to get started? I’ve put together a guide that tells you how to create a budget. The best part is there are a ton of great online resources to help you make the process go quickly and easily.

You must think I’m crazy, but suggesting to get started on taxes before the year is even over? This can be a real time saver if you plan things out. Sure, you won’t start seeing your first tax documents coming through the mail for at least a good month, but that doesn’t mean you should just sit around waiting. Instead, take a proactive approach and begin to tackle your taxes like a pro.

First, get organized. One of the most stressful things related to tax season is tracking down all of the paperwork. If you already have an immaculate filing system, congratulations. That’s a great position to be in. For the rest of us, that probably means we spend a few weeks early in the year digging through a mountain of paperwork, finding receipts, printing off expenses, and making sure we’ve finally compiled all of our tax documents before filing. Instead of waiting, how about starting to organize those financial documents now?

With only a few weeks left in the year you know there won’t be any major surprises, and if there are, they will be on the top of your mind when they happen. But what about all of the stuff that happened six, eight, or even twelve months ago? Use this time to start pulling out all of your important tax paperwork now and getting it organized. That way when it is time to do your taxes all you’ll have to do is fill out the return instead of wasting time rushing around looking for a lost receipt or paperwork.

Finally, if you have had some big financial changes occur in the past year you may be in a situation where hiring a CPA for your taxes will be a smart move. As you may have guessed, accountants and tax professionals are extremely busy in the early part of the year and if you wait until February to start shopping around for a CPA you could find yourself in a difficult situation. Many are so busy they don’t have time to accept new clients and after making a few dead-end calls your stress level will just begin to rise as the tax deadline nears. So, if you think you need to hire a CPA for your taxes this year, start making the calls now and begin asking for recommendations. This will greatly improve your chances of finding a suitable accountant.