How Low Interest Rates May Be Doing More Harm Than Good

How Low Interest Rates May Be Doing More Harm Than Good

Negotiations are currently taking place on Capitol Hill and the American government is still at an impasse. No one knows if the government will find a resolution and extend the debt ceiling currently in place. The White House argues that unless the debt ceiling is raised, the government will no longer have the funds necessary to pay its bills. This would affect millions of Americans initially and the ripple effects will be felt in every aspect of our nation’s banking and financial system. This comes at a time when the value of the dollar and interest rates are at an all time low and many are wondering where the country is supposed to go from here. Some argue that it’s been due to poor financial planning from almost every sector and that near zero percent interest rates, and other factors, are doing far more harm than good.

To date, the argument for having a near zero percent interest rate for various loans and investment programs is that it will stimulate the economy. We currently have millions of Americans out of work and can’t pay their bills and other costs of living. The country has struggled just to get by during this current crisis through cash advances and automobile title loans. This approach at stimulating the economy, many argue, hasn’t worked and that the super low interest rate is now doing more harm than good. 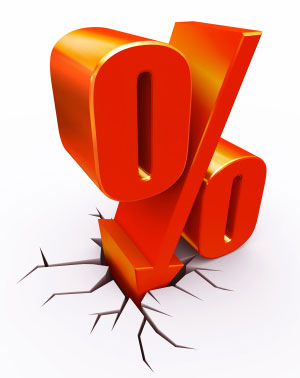 The simple fact of the matter is that it’s not working nor are people aren’t being attracted to investments and loans. There’s been much debate, even within government circles over this controversial approach. The logic behind the current policy is that it would get people interested in investing and take out loans because the cost to them would be very little. It seems that it’s not the citizen that’s spending but he banks shoring up their coffers through no-risk investments in government bonds. It’s the people who still don’t trust the system and with the current policies in place we’re just helping the banks get richer. It’s, in effect, a redistribution of wealth on that’s being placed on the backs of the government and the people.

The federal reserve has yet to offer any indication that it plans to change the near zero interest rate,and top officials at the FED don’t agree with this stance. Thomas Hoenig, the president of the Federal Reserve Bank of Kansas City, is arguing that it’s high time that rates start going up again. He argues that this will be far more effective in fostering economic growth than the policy currently in place. Hoenig argued, “what good, what service, what transaction can take place at a price of zero. That’s a hard question for people to answer because none is the right answer. And I also think that applies to credit. Even short-term credit.”

Lowering interest rates has long been a method used by the FED to inspire investment and growth, but it’s always been a short-term approach. Once the economic crisis is over and some stability has returned to the banking and financial system, rates must rise in order to stave off economic stagnation. Unless this is done, countries put their economies in greater danger over the long-term.

Many feel that raising the interest rates would be poor timing in a current climate where unemployment figures have climbed back up to 9.2 percent. In the face of such a bleak forecast, many FED officials argue that now isn’t the time to start rising the cost of investing and saving. Others feel that it’s this same policy which is hurting economic growth. Who is right is subject to debate, but it’s clear that current policies aren’t working and perhaps raising the interest rates might just be the thing to jump-start the economy and halt the dollar’s plummeting worth.

So, what do you think? I’m glad rates were low when I bought a house a few years ago, but I’m getting tired of low rates on savings accounts.