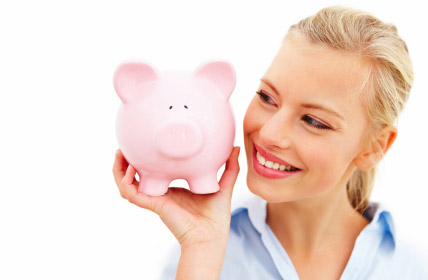 Figuring out how much money to save with each paycheck is the million dollar question. You’ll hear countless suggestions: five percent, ten percent, 100 dollars, enough to max out your 401k contribution, and so on. While most of these suggestions are probably good ideas, they are meaningless when it comes to assessing your personal situation. Sure, everyone would love to be able to max out their retirement accounts and still put another ten percent away for a rainy day, but this isn’t a realistic option for most people, at least not when you’re just starting out.

The problem with all the saving rules of thumb is that everybody’s financial situation is different. In a perfect world, sure, the old ten percent rule would suit everyone just fine. But in reality this is more or less a shot in the dark. For some people, saving ten percent won’t even come close funding their long-term goals, while for others the same ten percent is not even remotely possible given a mountain of debt. So before we can answer the question of how much money you should be saving from your paycheck, we need to dig a little deeper to see where you stand financially and what your priorities are. 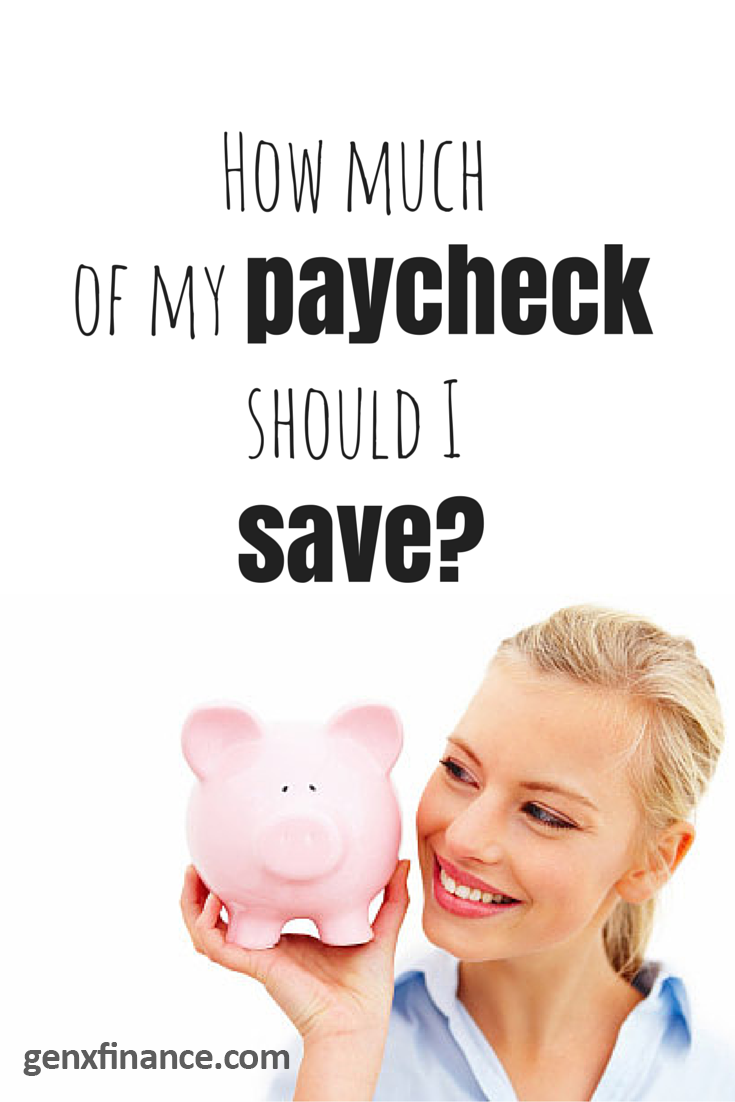 What Are You Saving For?

The first question you need to answer is what you are saving the money for. Saving for a rainy day, the down payment on a house, or for retirement, working toward becoming a millionaire, all require different strategies and will ultimately dictate how much you’ll need to save.  So, take a moment to identify what it is you’re trying to save for.

For example, if you want $1,000 in the bank before the holidays so you can buy gifts without using credit cards, if it’s early July, you’ve got just a little over five months to meet your goal. So, if you do the math, $1,000 / 5 months = $200/month. If you get paid every other week you could then assume that saving $100 from each paycheck from now until the holidays will get you to your goal.

When it comes to retirement, the calculation is a little different. That’s because you’re typically working with a period of time that spans decades and investing the money in a way that generates at least modest returns over time, which means your money is going to work for you. Coming up with this number goes beyond the scope of this article, but I have written about how much you need to save for retirement in the past.

It’s easy to simply identify what you need to save money for, but in reality you’ve probably got a number of financial issues dominating your life at the same time. Maybe you have credit card debt, want to create an emergency fund, want to save for your children’s college education, and put money away for retirement. How on Earth can a person find the money to do it all? In many cases, you can’t.

That’s why you need to prioritize. Many people think that just by doing a little bit of everything puts them ahead of the game, but in reality it could be doing more harm than good. Take someone who has $12,000 in high-interest credit card debt at 25 percent APR. If they are only paying the minimum payments just so they can afford to tuck a little money away into Johnny’s college fund and squeeze a few bucks into their 401k, chances are this strategy is actually costing them money. That high-interest debt is draining any benefit they might be seeing by putting savings elsewhere. But if they were to instead prioritize the debt and put everything into paying that off first, it would save a ton in interest and free up money to be put toward other goals much sooner.

Think about your situation and what it is that’s most important for you right now. If it’s getting out of debt, that should usually take precedence. If you don’t have a lot of debt but simply have a couple of savings goals, determine which is more important and put your focus on that. It’s perfectly fine to contribute to multiple goals, but make sure that the goal with the most pressing need is addressed first. For example, if you want to create an emergency fund and save for retirement, if you have absolutely nothing saved for an emergency don’t dump all of your money into retirement leaving you at risk by not having any liquid cash on hand in the event of a crisis.

So, you’ve spent some time identifying what you want to save for, which goals are most important, and how much money from each paycheck it will take to get there, now what? For starters, if you haven’t been in the habit of saving before this, the numbers may look like an impossible goal. You are probably living paycheck to paycheck and the idea of finding a few hundred dollars a month may be laughable, but it isn’t as difficult as it seems.

First, understand that you don’t have to flip a switch and start saving everything tomorrow. If you have the room in your budget to do so, then by all means do, but most of us who haven’t been in the habit of saving won’t have this luxury. So, start slowly. If you’ve identified that you need to save $100 per paycheck but simply don’t have the wiggle room to make that happen, start with just $20. For the cost of one dinner out you can put a dent in your savings goal. The key here is that you can almost certainly get by with 20 bucks less in your paycheck, even if it means making a few changes to your weekly spending. But the key here is to establish the habit of saving. After a few paychecks of doing this you’ll grow accustomed to how much money you have to work with and you won’t even miss the money. That’s when you bump up the amount you’re saving by another $20 or $30. Again, it might take a few weeks to get used to it, but you will, and look at that, you’re already halfway to your goal! If you do this slowly over time you’ll eventually get to your savings goal and it won’t be a drastic shock that seems impossible to achieve.

Finally, you need a place to save that money. If you’ve got a 401k or credit cards to pay off, there’s nothing else you need to do. But if you’re creating a savings account for emergencies, a rainy day, or a figure large purchase, you’ll want a good savings account. And if you’re establishing a retirement account on your own you’ll also want to select a good investment company.

For savings account, I’ve put together a list of some of my favorite online savings accounts. These days I’m a big fan or Ally Bank because the rates are pretty good and the online features are nice and easy to use. If setting up a retirement account is in order, I tend to recommend Scottrade. They provide a nice balance of inexpensive trades, great investment tools, and local branches.

So, how much of your paycheck should you save? As we’ve uncovered, there’s no magic number, but that’s like most things in personal finance. After all, that’s what makes it personal. So, while you may read about all sorts of saving rules of thumb, in the end you need to sit down and look at your situation, goals, and priorities to determine what makes the most sense for you.