You Can Avoid and Successfully Fight a Tax Audit

The tax audit. Probably one of the most feared phrases in finance, but it doesn’t have to be. Yes, if you or someone you know has ever been audited, you know it’s right up there on the list of things you want to do with a root canal. An audit might not be fun, but it’s a fact of life for many. A fact of life that can usually be avoided. It’s true. The IRS doesn’t exactly randomly pick out taxpayers to harass as if it’s the worst lottery in the world to win, but they do select people that fall within a few certain categories compared to others.

For the most part, if you have regular W-2 or 1099 income and accurately report the income each year, there’s very little chance of being the subject of an audit. In fact, only a tiny percentage of all tax returns are subject to an audit. The problems begin to arise if you 1.) fail to report income on your tax return that was subsequently reported to the IRS, and 2.) you score high on the IRS scoring system that determines how likely it is you’re not reporting taxable income. It seems easy enough to stay out of the IRS cross-hairs if you simply report everything and play by the rules, but there are plenty of other red flags that can increase the likelihood of an audit. 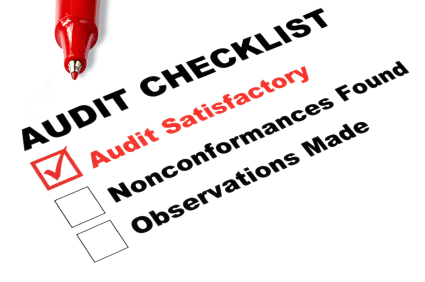 If you play by the rules there’s a good chance you’ll never have to worry about an audit. But, if you make even a few simple mistakes it could be enough to trigger the heavy hand of the IRS. So, here are a number of red flags that can trigger additional scrutiny of your tax return.

What If You Get Audited Anyway?

Even if you try to follow all of the rules there are times when it just won’t be avoidable. But there is still good news. Not all audits are created the same. In fact, most audits aren’t even what you think they are and don’t involve an IRS agent coming to your house and rummaging through all your files.

This is the type of audit I have experienced, and it’s the most common type. In fact, many people receive these each year without even realizing it’s what most audits consist of. The correspondence audit is simply a letter sent to you by the IRS that identifies a possible error, information regarding the error, and instructions on how to remedy the problem.

In some cases this may result in actually receiving a larger refund, but more often than not it means you’ll owe some additional money unless you can prove otherwise. This correspondence also includes information for how to challenge the IRS’s claim and what information you might need if you want to fight it.

Either way, these audits are relatively painless unless you’ve done something major such as failing to report something significant. As long as you take care of the problem in a timely fashion you’re not likely to encounter any further action by the IRS.

This is one of the audit types that people usually think about and fear. In these situations, you actually have to gather information and take it to an IRS office to prove that your return is accurate. The auditor will schedule a date and time to meet and suggest what documentation you should bring so that you can substantiate your claim.

It’s obvious to see how this can be something to fear. If you haven’t kept good records or have lost receipts or other important documentation, you obviously know that it can be difficult to prove your claim. Depending on what the IRS asks for, it could be as simple as showing a few expenses to trying to verify that something like your home office actually qualifies for the home office deduction.

Of course, if you have good records and aren’t trying to pull a fast one, even these audits are relatively painless. The IRS may see something differently than you do, but this is your chance to prove it and hopefully fix the issue before additional penalties are enforced. This is where having a tax attorney or accountant can be beneficial.

The final type of audit isn’t typically going to happen to an individual. The field audit is one where the IRS sends an agent into the field to meet with a taxpayer on-site. These audits are most commonly done on businesses or self-employed individuals making a lot of money. These audits are also the most feared.

If you do happen to be subject to a field audit, it’s imperative to have legal counsel. There may be significant sums of money at stake and tax laws can be complicated, so having someone on your side that specializes in tax law can potentially save you or even your business.

What to Do Once You’ve Been Audited

First, don’t panic. It isn’t the end of the world, and if you’re like most people it’s simply a matter of clarifying a mistake. If it’s just a correspondence audit you can probably handle the issue by yourself by finding the piece of information they are questioning and making the appropriate changes. Maybe you forgot to sign your return, you transposed some numbers, or simply forgot about that late 1099 that came in after you already filed. Either way, as long as you kept good records it probably won’t be that big of a deal.

If you’re completely lost and have no idea what they are asking for or why the numbers aren’t adding up, it’s time to seek out help. If you used tax software like TurboTax orH&R Block at Home, they provide you with some basic audit information, but typically you need to purchase additional audit support if you want them to handle the audit process for you. If you worked with an accountant or CPA you’ll want to contact them so that they can work with you to deal with the IRS and track down the error. This is one of those times where deciding to get a CPA to do your taxes can really pay for itself.

This is also why it’s important to keep important tax documents for at least three years. Generally speaking, the IRS will only initiate an audit up to three years after a return was filed, but that doesn’t mean I’d throw all your tax stuff out after three years. You may have supporting documents that go back beyond that, so in my opinion, keep those documents for much longer. Those returns and receipts don’t take up that much space, so it won’t hurt to hang on to them for a few more years.

Finally, while we’re talking about supporting documentation, don’t give the IRS any more information than what they specifically ask for. If they want to see a certain expense or a source of income, that’s all you want to show them. Don’t go and attach all your receipts or unnecessary documents they didn’t request. You may feel like you’re being extra helpful, but all you’re doing is giving them an opportunity to find more errors. So, stick to what they ask for and nothing more.

If you have followed the steps to minimize the chance of an audit and have taken care to follow the instructions if you are audited you’ll have little to worry about and get through the situation without much trouble.