Hulu Plus is Putting The Brakes on Free TV

Hulu Plus is Putting The Brakes on Free TV

You may have heard from various sources this week that Hulu is going to start charging a monthly fee to access some of their premium content. We knew this was coming eventually, but now that it has been officially announced it has people talking. Hulu has been a staple for those who wanted to ditch their expensive cable or satellite bill, but it looks like the free ride could be coming to an end.

Hulu Plus costs $9.99/month and is supposed to open up a lot of older content for past seasons of popular TV shows. Hulu already offers the trailing five episodes of current shows, but now if you want to go back even further you can if you buy a Hulu Plus subscription. 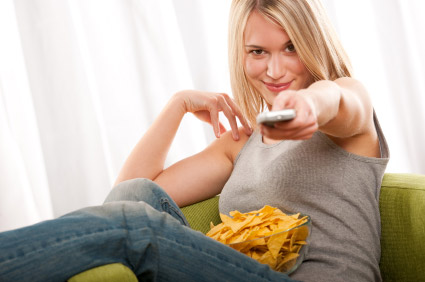 From the Hulu blog:

As a Hulu Plus subscriber, you’ll now also have access to back seasons or full runs of some of TV’s greatest shows. All nine seasons of The X-Files. All three seasons of Arrested Development. Ten seasons of Law and Order: SVU. All five seasons of Ally McBeal. Seven seasons of Buffy the Vampire Slayer, and three seasons of Roswell. Every episode ever of Grey’s Anatomy and Desperate Housewives. Classic skits from the first five and most recent five seasons of Saturday Night Live. The list goes on. This is all on top of hundreds of shows already on Hulu.com today. It’s a treasure chest in the cloud for TV lovers.

If you’re a big fan of some of these shows and want access to old seasons you may have missed or forgot about, that is probably a pretty good value. Of course, you can already do this with a subscription to Netflix or possibly even via on demand features with your cable provider, but with the new Hulu Plus you have many more places to watch your content. No longer are you bound to your computer. Fire up that new iPhone and catch a show on the go or even use that new Blu Ray player to stream the content right to your TV.

Is Hulu Plus Worth It?

This is the big question. Is it worth paying another $10 a month just to have access to more TV content? I guess that all depends on your TV usage. I don’t see that many people rushing out for a subscription just to watch past seasons of the shows they’ve already seen, but maybe that’s just me. I suppose if you can get by without a cable or satellite TV subscription and rely on something like Netflix and Hulu combined for all your viewing needs it would be a pretty decent savings.

Personally, as much as I love Hulu, I don’t see any need in subscribing to the Plus service. Sure, it would be nice to fire up an old favorite episode of Family Guy any time I want, but that alone isn’t enough to make me want to spend an extra 10 bucks a month. For me, having cable with on demand, Netflix, and a TV card in my computer operating as another DVR I already have access to more TV than I could ever use, so I’ll just sit this one out.

The Future of Free TV

Even though this simple $10 subscription is just a small addition to the otherwise large free TV universe, I’m afraid it’s just the first of many steps that will be taken in coming years to lock down free TV to a point where you’ll almost have to buy a subscription to something just to watch what you want. It’s only $10 now for old content, but before long I assume you’ll have to pay a little more to get the newest episodes. Then if you want to watch live sports you’ll have to pay for another package, and movies will of course be yet another. Will streaming TV from the web ever be the same?

It will likely end up just like cable is today and by the time you pay for everything you want to watch, the way you want to watch it, you’ll be dropping $40 or $50 a month just to get your TV content online. Hopefully I’m wrong, but that seems like the only logical progression as more people want to watch their TV online and anywhere.

So, what do you think? Will you be signing up for Hulu Plus? Do you think this is just the beginning of a slippery slope where we have to start paying for even more online content separately?