When Enough is Enough: Putting the Brakes on Overspending

When Enough is Enough: Putting the Brakes on Overspending

According to the Federal Reserve, consumer debt amounted to $2.5 trillion dollars in 2009 or approximately $8,100 for every man, woman, and child living in the United States. To put that number in perspective, 47% of American households paid no income tax this year which means that income levels are rapidly decreasing leaving those without steady employment scrambling to find another way to pay their bills. Forced into accepting credit cards with high interest rates, payday loans, and other types of pay-by-the-week services just to survive, consumers play a deadly game of cat and mouse with their finances. Tack on high interest rates, late fees, and charges for overdrafts and you have a bonafide recipe for disaster. 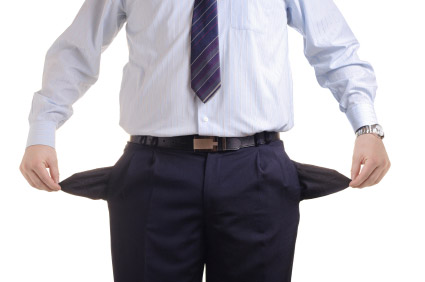 Even if we have the luxury of a full-time job and employer benefits, we have to change our way of spending. When a single beverage from Starbucks costs nearly as much as a gallon of milk, there is room for concern. We overextend ourselves in a number of ways. We space out minimum payments rather than buy items outright with cash. We purchase more house than we can afford and enjoy. We have cell phone bills that cost as much as our utility bills and we swap home cooked meals for dinners in fancy restaurants because we feel like we have earned it. We justify last minute purchases because we can put it on a credit card and forget about it for a month.

We have yet to buy into the notion that less is more and that is extremely problematic. We didn’t find ourselves in a mortgage crisis for no reason. We simply wanted our piece of the pie, our part of the American Dream and we were willing to overextend our budgets to pay for it. This, too, is a recipe for disaster.

$8,100 per person is a lot of debt to be lugging around. With frugality becoming ever more popular by the second, do we really have an excuse to flaunt our finances? Websites, books, and movies tell us how to cut back without losing out. Coupon clipping mothers tote news crews around supermarkets so they can show the world how savvy they are. (See how a mother of five feeds her family on less than $25 a week and you’ll feel inspired.)

Pick up a copy of Christopher Greenslate and Kerri Leonard’s On A Dollar A Day and come up with your own food related challenge. Note the amazing selection of bargain duds at your local thrift store. I bet no one in your office can tell the difference between a second-hand designer suit and one bought right off the racks of a high priced retail store. Your bank account will bear witness to the benefits of bargain shopping. There is a world of difference between an item that is on sale and one that isn’t. That difference will be found in the contents of your wallet or pocketbook.

Charissa Arsaoui is a freelance writer for ChickSpeak, Buzzine, DisFUNKshion Magazine, Student Stuff, and a guest contributor for Wisebread.  She loves thrift related topics and can spot a bargain a mile away.