Social Security – What You Need to Know About Benefits, Coverage, and Eligibility

Social Security – What You Need to Know About Benefits, Coverage, and Eligibility

Social Security Benefits and You

Social Security is a sore topic for many people. The system is flawed, it’s in significant financial trouble, and the younger generations aren’t expecting to see a penny from it when they retire. While it’s true that Social Security has its problems, it still pays out benefits to tens of millions of Americans each year and will continue to pay out benefits for years to come. How the system and benefits may change in the future is anyone’s guess, but as it stands now it’s still a key source of retirement income for many.

There’s some bad news for younger generations, which include many in Generation X. Unfortunately, younger workers have a great deal to worry about. Even though their parents’ and grandparents’ benefits are safe, theirs are not. Any worker born after 1974 will reach full retirement age after the trust fund is exhausted. Unless Congress acts soon, younger workers can look forward to paying full Social Security taxes throughout their careers but only receiving 78 percent or less of the benefits that have been promised to them. In addition, they will have to repay the Social Security trust fund, an expense that will total almost $6 trillion by the time the trust fund is exhausted in 2041. 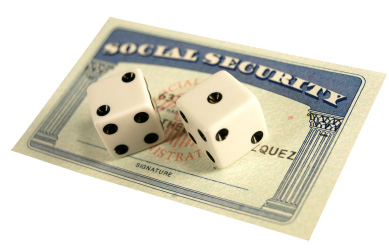 The old-age benefits are what most people consider retirement benefits. This is the monthly check a retiree receives once they are age 62 or older. As important as this is, you also need to consider the survivor benefits, disability benefits, and Medicare. Even though Medicare is technically part of the Social Security program, that’s such a big topic it deserves its own post. So for now we’re going to focus on the other three benefits.

The normal retirement age is the age at which full retirement benefits are available. The NRA doesn’t remain constant and those born between 1937 and 1960 will have different normal retirement ages. For those of us born after 1960 it’s pretty easy to remember that our NRA is a flat 67. Keep in mind that although this information currently applies, there could be changes made that affect you in the future as the government looks for ways to solve the Social Security funding problems. But for now, here is the current Social Security NRA breakdown with some examples of how much benefits are reduced by taking an early retirement at age 62.
[table id=1 /]

Those who are eligible for a Social Security old-age benefit can begin receiving them at age 62, but with a reduction from what would otherwise be received at NRA. The current formula for figuring the benefit reduction is five-ninths of 1% per month for each of the first 36 months prior to normal retirement age, plus five-twelfths of 1% for each month in excess of 36 months. This reduced level of payments continues for the life of an early retiree. Benefits do not increase to 100% when the retiree reaches NRA.

Could that calculation be any more confusing? Odd fractions of a single percent for a certain number of months. It sounds like a math question that would be on the SAT. Don’t worry about calculating it yourself. If you really want to know you can use the Social Security Administration’s online benefit calculator.

Someone who does not want to start receiving benefits at their Social Security NRA but continues working can earn delayed retirement credits, which can eventually increase the worker’s benefit by up to 8% per year. Keep in mind the worker’s spouse will not see any increase in their benefits as a result. The decision to delay receiving benefits can be complicated and one must take into account many different factors such as the amount of the benefit, other sources of income, and life expectancy.

The higher the amount of Social Security benefits received during the tax year and the higher the income from other sources (even including tax-exempt income), the more likely it is that your benefits will have to include a portion of Social Security benefits as taxable income. The portion is defined by a set of calculations that, in essence, determines how much of the taxpayer’s income is in excess of certain thresholds. Because tax-exempt income is one factor in this calculation it may have an ironic effect of pushing some of the benefits over the thresholds to a point where they are subject to taxation.

If a taxpayer’s modified adjusted gross income (MAGI) for the tax year plus one-half of Social Security benefits received (let’s call this provisional income) during the tax year exceed the base amount, then according to the general rule the lesser of the following two amounts must be included in gross income:

The base amount is determined by the recipient’s filing status. Notwithstanding the preceding general rule, if a taxpayer’s provisional income exceeds certain levels, more than one-half of their Social Security benefits must be included in gross income.

Are you confused yet? Don’t worry, it is kind of complicated. This is a situation where it certainly makes sense to get professional tax advice. But if you have plenty of time before collecting Social Security, don’t fret about it. Just realize that there are tax considerations when you reach that point.

Social Security benefits are indexed annually to the cost of living. This is one bright spot the current system. The idea is that your Social Security benefits will increase alongside everything else. The bad news is that not all things increase in price at the same rate. Your benefits may generally increase according to some things, but it may fall well short of covering for the price increases in other areas. So, it’s good that benefits will generally increase over time, but don’t be fooled in thinking that the increases will easily cover everything as you age through retirement.

What You Need to Know

Fortunately (or unfortunately, depending on how you look at it), Social Security is largely out of our hands. During your working years you simply have to work and pay into the system. Little can be done in terms of increasing your benefit other than make more money so that you pay more into the system or work longer. Where the real decisions come into play are those years leading up to retirement. You’re then faced with choices such as deciding if you want to receive your benefits early, wait until NRA, or keep working longer and building up a larger benefit. In addition, you then need to begin thinking about your other income and how taxes will affect your benefits.

Whether or not Social Security will be around for the younger generation is debatable, but the best thing you can do is to plan for retirement as if it won’t be. This means putting money into your 401(k), opening an IRA, and saving what you can for retirement so that you will have something to live off of in the event Social Security is nowhere to be found. In reality, there will probably always be some sort of benefit to protect our retired individuals, but the amount you receive will almost certainly not provide you with the retirement that you want.